On the 4th and 5th of July 2015, Bristol will host the International Fair Trade Towns Conference.

This two-day event will explore how Fair Trade works to protect the environment, works with farmers to adapt to the effects of climate change and supports sustainable food production.

In the run up to the conference, Bristol Fairtrade invited local organisations to share their thoughts on the relationship between fair trade and sustainability – as well as why it is important to their organisation.

Fairtrade is well recognised as a way that consumers can use their financial clout to have an incredible impact on the lives of producers in the developing world. Less well known is the other side of the coin – the work of progressive social lenders in Europe and the US who are financing the goods, often before they are even harvested. And by doing so they help ensure farmers receive payment for their produce without delay.

Globally there is a huge shortfall in access to finance for smallholders, estimated at $300 billion (excluding China). The lack of access to adequate finance can be a major problem for fair trade producers in developing countries, particularly in harvest time. If farmers cannot receive timely payment for their produce they often force to sell at a discount to local middlemen. This creates a real bottleneck in the growth of both organic and fair trade projects, and a barrier preventing farmers from increasing their level of income.

Trade finance can remove this hurdle, enabling agricultural exporters to pay their farmers upon delivery of produce. The finance effectively bridges their cash-flow deficit from harvest time until they receive the final payment from the buyers. Triodos is one of a number of specialist social lenders including Okiocredit and Shared interest which have pioneered trade finance for fair trade. Triodos Sustainable Trade Fund has for more than 15 years been providing innovative trade finance loans to organic and fair trade producers in Latin America, Africa and Asia, assisting them with accessing the European and US markets.

“The typical smallholder farmer is poorly linked to markets and has minimal access to finance,” explains Michael van den Berg, fund manager of Triodos Sustainable Trade Fund. “This creates a barrier for the much-needed development of rural economies in developing countries. We want to lift this barrier by linking them to world markets.”

It’s a simple and straightforward process by which exporters can borrow funds based on the contracts they have with fair trade buyers in the developed world. Based on an export contract with a reputable buyer in Europe of the United States, the Triodos Sustainable Trade Fund can pre-finance up to 60% of the value of the contract value. The amounts lent range between $300,000 to $3 million, with loans typically between six and 12 months. As payment is received for their goods, part is retained to repay the loan with the remainder going to exporter. This means that by the end of harvest season, the loan has been fully repaid.

A vast range of people and places benefit from the impact of trade finance, with products as diverse as Palestinian olive oil, Ethiopian beeswax and sesame seeds from Paraguay all financed by Triodos during 2014.

ICAM Uganda is just one example. Founded in 2010, it is a subsidiary of ICAM in Italy, one of the world’s leading buyers of organic and fair trade cocoa. As part of ICAM’s sustainability policy, all cocoa is ethical sourced and the company pays farmers immediately and fairly, aided by the trade finance provided by Triodos. As cocoa production is subject to less seasonality than other commodities, it offers a stable income for the 5,000 farmers who supply ICAM Uganda. Angelo Agostoni, president of the ICAM Cioccolato Company, says, “finance had enabled us to provide healthier working conditions for farmers and ensure and stable and fair buyer.”

In total 79,990 smallholder farmers worldwide sold their harvest to organisations financed by Triodos Sustainable Trade Fund last year, showing just how far reaching that finance is in human terms. But with an estimated 450 million smallholder farmers globally, the majority of whom lack access to finance, there’s still a lot of work to be done.

In particular it wants to focus on the ‘missing middle’ in low- and middle-income countries. This refers to agricultural businesses requiring finance in the $25,000–$2 million range (and sometimes higher), which is too large for microfinance and often does not qualify for loans from local commercial banks. These businesses include producer organisations, trading companies and agro-processing companies sourcing from small-scale farmers – effectively aggregating and reaching sometimes thousands of small-farmers and linking them to markets.

CSAF’s ambition is to grow the reach of progressive finance for agriculture businesses in the developing world. By 2016, CSAF members expect to lend $500 million a year to agricultural businesses in the missing middle, and to ensure the added value of this lending by offering a wider range of financial products and reaching businesses in underserved geographies and value chains. Alongside this they want to develop industry standards to guide responsible lending practices and meet long-term economic, social and environmental goals.

With this collaborative approach, there’s great potential to grow both the market for impact-first finance in the developing world, and more importantly the huge benefits it can bring to the communities it serves.

Check out this video about one of Triodos’ sustainable trade partners in Bolivia.

Will Ferguson is Head of Communications at Triodos Bank – www.triodos.co.uk @triodosuk 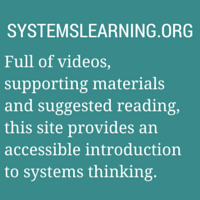