On the 20th of June, we are bringing together a number of organisations and individuals inspired by E.F. Schumacher to share how his work has shaped practical action for sustainable change. Learn more about Adrian Ramsay, who will be exploring the extent to which the green movement should be focused on national targets and initiatives versus the promotion of bottom-up solutions.

Register for Small is Powerful – E.F. Schumacher’s ideas in the 21st century via Eventbrite. Adrian Ramsay has been Chief Executive of the Centre for Alternative Technology (CAT) since June 2014.  Before his appointment, Adrian was a lecturer in politics and economics at CAT’s Graduate School of the Environment.  He has a background in green politics at both local and national level, having been Deputy Leader of the Green Party of England and Wales and a Green Party City Councillor in Norwich.

Adrian was born and brought up in Norwich, and studied as an undergraduate at the University of East Anglia, where he gained a first class honours degree in Politics and Sociology. He first became seriously interested in environmental issues as a teenager, and this interest grew into a career. In all his work, he is motivated by a passionate belief that we can create a world where we live in an environmentally-sustainable way – for the benefit of people and the natural world.

His talk on the 20th June will be entitled: Thinking Globally, Acting Locally

He describes it as: “When the modern green movement was born in the mid-1970s, many activists and campaign groups, inspired by Schumacher and other influential figures, focused on the potential for self-sufficient lifestyles as a solution to the unsustainable use of the Earth’s resources. During the past 40 years the debate has moved towards asking how society as a whole can operate in a sustainable way focusing, for example, on linking large and small scale renewable technologies into the grid.

The evolution of CAT’s work is an example of this, with our Zero Carbon Britain research demonstrating how existing technology could meet the country’s needs with the political will to drive these changes at a national level. At the same time, there is increased interest in how individuals and communities can make a difference locally, as demonstrated by the Transition Towns and community power movements. With the crucial international climate talks in Paris fast approaching, to what extent should the green movement be focused on national targets and initiatives versus the promotion of bottom-up solutions? Or does the long-term slogan of the green movement of ‘Thinking Globally, Acting Locally’ remind us that we can combine the need to harness local solutions with a drive for national and international frameworks for restricting global temperature rise and protecting the Earth’s resources and biodiversity?” 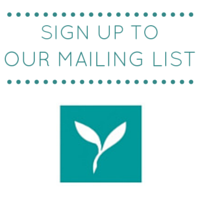